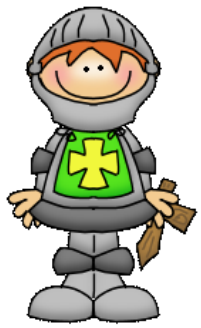 Oregon Battle of the Books is a fun competition for kids who love to read. Several students who have competed in the past had never read a chapter book prior to the battle, but became avid readers after their experience with the Battle of the Books. Students read books from a selected list of books, work with a small group, and compete against other groups to see who remembers the most details from the books. The groups compete against other third, fourth, and fifth grade students during their lunch time starting in January.  In February, students narrow their competition down to two groups through elimination. These groups will "battle it out" in front of the school to see which team will move on to the district level.

If your child is feeling intimidated by the thought of reading sixteen chapter books, I can certainly understand. Fortunately, groups divide up the list.  Reading four chapter books seems do-able to most. Once they read those, they will often help others who are struggling or reread one or more of the more complicated books so that their team will be stronger. Our third graders have done well in the past.  I am hoping your child will consider participating in the battle this year!
Powered by

Create your own unique website with customizable templates.
return false;">